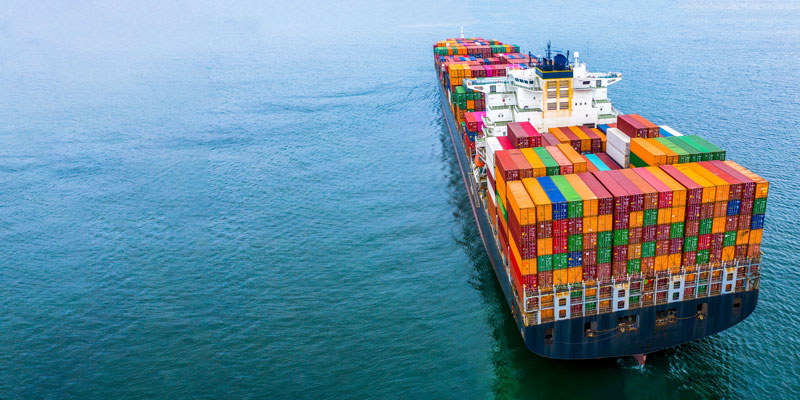 While economic projections for 2022 are not as uncertain as the 2021 forecast was, no one can state with full confidence that we are at the end of the global health crisis, and therefore, the global economic crisis. On one hand, the vaccines have brought hope of restored normalcy in our activities; on the other hand, the variants have warned us of the possibility for further disruptions.

Great inequalities in access to the vaccine persist around the world. While close to 60% of the population in advanced countries have been fully vaccinated, only around 1% of the population in low-income countries have received their shots. In addition to the disparities in the distribution of vaccines, many emerging and low-income countries were never able to provide policy support to their economies or have now stopped providing it.

Therefore, while we expect the global economy to grow at a robust pace of 4.9% in 2022 (see Figure 1), we note that many low-income countries are diverging sharply from the rest of the world and will continue to struggle to regain their pre-pandemic living standards.

We believe private consumption will stay strong and continue to outpace supply capacity in the first half of 2022. The labor market is expected to stay tight, and companies will continue to face difficulty retaining and recruiting new personnel. Supply chain issues, such as shortages of raw material, increasing freight prices and port congestion, are currently the biggest contributors to rising prices. Those issues should clear up later in 2022 as private spending will decline and businesses will start rebuilding their inventories. However, there are increasing risks of inflationary pressures at a pace that we have not experienced since 2008. Therefore, considering the inflationary risks, the Federal Reserve System has signaled willingness to withdraw the emergency pandemic support for the economy. We expect that the Federal Reserve will first reduce its asset purchases, and then by the end of 2022 start raising its interest rate. That said, U.S. policies should stay accommodative in 2022, and the International Monetary Fund (IMF) expects the U.S. economy to grow strongly at a rate of 5.2%.

One of the major threats to the Eurozone’s economy is the supply-side disruption and the subsequent upward pricing pressures put on raw material. Those forces are limiting production and holding back Germany, Europe’s engine of growth, by particularly hurting its auto sector. Like in the U.S., we expect that consumption will be relatively less vigorous in 2022, and that the decrease in health restrictions around the world will rebalance the forces of demand and supply. This will facilitate production and support business investment. However, if inflationary pressures persist, it will put pressure on the European Central Bank to start moving toward enacting tighter monetary policy. A shift to more austere policies in Europe would hurt the recent rebound and will cause Europe to further lag behind the U.S. and the Chinese economies. However, we do not expect the European Central Bank to decrease its purchases of government bonds nor to raise its interest rate in 2022. We expect the Eurozone to also grow at a solid rate of 4.3%.

With growth expected at 3.2%, Japan’s economy will continue its expansion in 2022. This growth is driven by three factors:

This outlook could be clouded by persistent supply bottlenecks and semiconductor shortages that could continue to hinder manufacturers in this export-reliant economy.

In October 2022, at the 20th National Congress of the Communist Party, President Xi Jinping is expected to renew his mandate as the president of China for a third time. With the renewal of his mandate, President Xi will become the most powerful politician since Mao Zedong. The approach of this symbolic date is preceded by important economic adjustments to achieve “common prosperity” and to create “material and spiritual wealth.” The adjustments include tighter antitrust laws, stricter government regulations on real estate investment, new technologies, entertainment and cryptocurrencies, as well as a crackdown on billionaires. These rather sudden changes are not without risks for the economy, at least in the short run. Thus, we expect China’s economy to significantly slow down and grow at a relatively moderate annual rate of 5.6%. This will be its lowest forecast growth rate since 1990 (other than 2020).

There are many uncertainties related to Mexico’s economic outlook. As one of the largest oil producers in the world, the latest fatal accidents and production disruptions at the state-owned oil producer Pemex could hinder the government’s efforts to balance its budget. Furthermore, Mexico has not been immune to the global supply chain disruptions. The disruptions are not only hurting its auto production, and thereby its exports, but they are also putting pressure on domestic consumer prices. To avoid inflation fears, Mexico’s central bank has recently shifted to a tighter monetary policy stance and has reduced its support to the economy. Nevertheless, the robust economic activity in the U.S., Mexico’s top trading partner, will continue to have positive spillover effects (in exports and remittances) and help power Mexico’s recovery with a robust growth rate of 4% in 2022.

A severe drought that has pushed up agricultural and energy prices, a dramatic rise in freight costs due to container shortages, and political uncertainties due to the October 2022 presidential election have all negatively impacted the value of the domestic currency and increased inflation fears in Brazil. The risk of the inflation expectations to become unanchored from reality has led Brazil’s central bank to recently raise its rate by 1.75%, the biggest adjustment in almost 20 years. The risk of renewed uncertainties will significantly affect Brazil’s economy, and we expect gross domestic product to only weakly grow by 1.5%.

The hoarding of vaccines by the advanced economies and the lack of supply from the international vaccination program has severely limited the rate of vaccination in sub-Saharan African countries. This limited access to vaccine supply has been further complicated by inadequate infrastructure (limited refrigeration, poorly maintained roads) and regional armed conflicts. Nearly one year after the first vaccine became available to the public, only 15 African countries have met the World Health Organization’s target to vaccinate 10% of their populations. In the continent, the pandemic continues to set back the economic and social gains of a generation, poverty is deepening and the economic scars of COVID-19 will be long lasting. Furthermore, the sub-Saharan Africa region has not been able to unleash billions of stimulus dollars, like many other economic regions have been able to, and this has crumbled the foundation of their economies.

In Nigeria—the biggest economy of the region and Africa’s largest oil producer—less than 3% of its population is fully vaccinated. The Nigerian economy will grow slowly at 2.7% in 2022, mostly due to recent access to IMF funding. This modest growth forecast is further helped by the continued recovery in oil prices and an improvement in Nigerian trade flows.

In the Middle East, once considered one of the most prosperous countries in the region, Lebanon is enduring a humanitarian crisis that was spurred by a financial meltdown. Lebanon defaulted on its national debt, its domestic currency lost more than 85% of its value and more than half of its population now live in poverty. The World Bank labeled Lebanon’s financial crisis as one of the deepest depressions of modern history. The cause of the debacle is political, and with no fully functioning government, Lebanon is expected to continue its downward spiral. Not even the IMF has been able to forecast, or project, economic growth or contraction figures for Lebanon in 2022.

Saudi Arabia, the largest oil exporter in the world, gained momentum in 2021 and recovered to their pre-pandemic output levels. Largely driven by good access to vaccines and strong crude oil prices from robust demand, Saudi Arabia’s economy is expected to experience a robust growth of 4.8% in 2022.

Two years ago, a health shock hit the entire globe, causing millions of deaths and leading to economic hardship that has yet to be reversed in many parts of the world. Interestingly, for a global event, it did not trigger an effective global response. Nations pursued disparate policies based on their own fiscal and monetary capacities. Also, advanced economies contracted more vaccine doses than what they needed, delaying the developing world’s access to the vaccines and, therefore, weakening their recovery.

We have yet to understand the pandemic-induced shifts in demand and supply and, most importantly, the consequences that they will have on our economies. However, there are lessons that we must learn. The most eye-opening development of the past couple of years has been that our economies are acutely now interdependent. This year our interdependence showed up in the form of deep supply chain linkages that continue to plague global growth forecasts.

The bottom line is that the global economy is facing increasing systemic challenges. Those challenges require multilateral focus and commitments for a more inclusive, equitable and acceptable global regime.