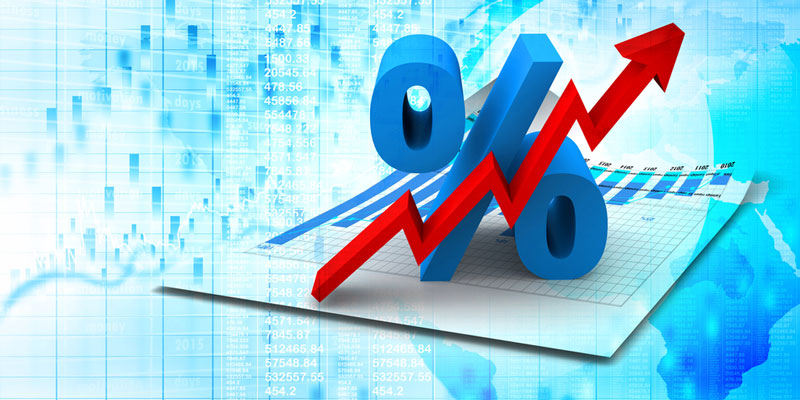 The stock market is at historic highs. As of this writing, the value of all common stock is a little over $48 trillion. That is 32% above where it was just one year ago. Certainly some of this stunning return is due to recovery from the damage done by the pandemic, but not all of it. Over the past five years, we have seen a compound growth rate of 15.9%. This is one of the strongest five-year periods in U.S. financial history. We have had two very different political administrations, a politically divided country, a pandemic, trade wars with many countries and growing inflation, not to mention supply chain bottlenecks, riots and increasing crime—and the stock market keeps adding value. Just five years ago, the market was worth $23 trillion.

What accounts for this creation of wealth and will it continue? We humbly admit that we did not forecast this high of a rate for wealth creation and are not exactly sure why we were wrong. Nevertheless, we have opinions! We believe the following factors were important.

First, the Federal Reserve has kept the money supply growing with a low interest rate policy. The federal funds rate has been kept low and the Federal Reserve has kept up purchases of bonds for its balance sheet. Will this continue? The national forecast says that the Fed will cut back purchases of bonds, so we don’t expect to be in a low interest rate environment for the near future.

Second, aggregate demand has shifted—especially since the end of the pandemic. The ports may be bottled up, but they are processing a record level of cargo. The creation of weath in the stock market and the lack of spending during the pandemic contributed to increased demand for everything. American firms are responding to this demand. The demand for products has put the entire supply chain under pressure and parts are having difficulty responding. Of course, this has resulted in inflation. It is an ongoing debate how much of this inflation is permanent, but recent figures indicate the level of inflation has overshot estimates and sentiment is moving toward inflation being more than just transitory.

Fourth, the American labor force is simply too small to do the job of delivering goods and services that Americans demand. Companies are having difficulty keeping up with demand, with the result that prices are rising as are profits. Shareholders are benefiting at least in the short run. But labor costs are rising fast and this factor could easily be a negative for 2022.

Fifth, trade wars have subsided. While China and the U.S. are at odds politically, the U.S. remains China’s top trading partner with 17.5% of China’s trade in 2020. The U.S. traded more with China than all of the European Union combined. A recent agreeement between the U.S. and China out of the COP26 summit regarding combating climate change may be a first step to further normalization of relations.

With this as a background, we turn to fundamentals, which we hope will give us a sharper forecast for 2022. Stock prices are determined by the future streams of cash flows—driven by earnings—and the valuation of these cash flows (which is the present value using a set of discount rates that reflect risk). Typically, this is summarized by earnings forecasts and a valuation ratio—the price-earnings (P/E) ratio. We call these “fundamentals.”

The positive fundamental factors for stock returns in 2022 include:

The negative fundamental factors for stock returns in 2022 include:

Looking forward to 2022, the positives probably outweigh the negatives for the market. Earnings are strong and likely to stay strong, but valuation is high. Inflation is likely to increase interest rates, which will cut valuation ratios.

In this environment, we expect that the return to equities will be positive but again below the 7% average return over the past 50 years, and there is a significant chance of a negative return. Value stocks are likely to outperform growth stocks given the high P/E ratios. Also, we think that the 10-year U.S. Treasury rate is likely to be well above the current 1.6%.