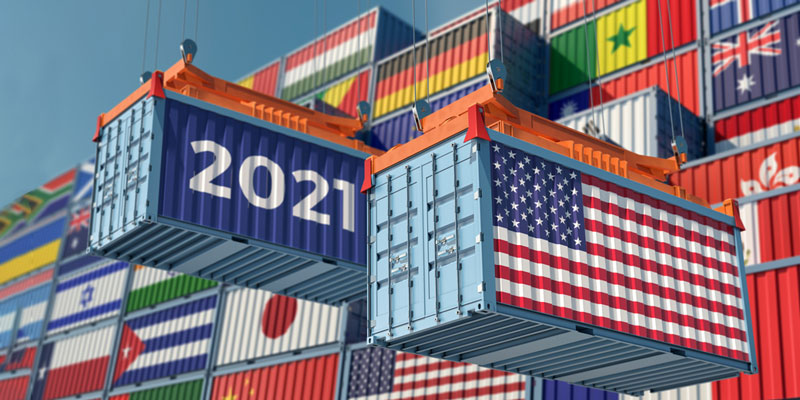 Last year we forecast a global output growth of about 3% for 2020. But a microscopic virus came into the picture and instead of growth in economic activity, we are experiencing a global recession of a magnitude not seen since World War II.

The International Monetary Fund is estimating that by the end of 2020 the global economy will have shrunk by 4.4%.

The numbers forecasted today may not be relevant tomorrow because the pandemic (our greatest obstacle to the recovery) is something that we have never experienced in modern times. As long as the virus circulates unchecked, growth is compromised. At any moment, a resurgence of COVID-19 infections and subsequent tightening government restrictions can threaten to drag the world into an even more prolonged recession.

Our group, at the Indiana Business Research Center, is cautiously optimistic that our estimate of a 5% global recovery in 2021 will be just enough to erase the 2020 global drop in output.

In the second quarter of 2020, the U.S. Bureau of Economic Analysis recorded macroeconomic statistics never seen before. From April to June, the year-over-year decline in U.S. GDP was 9%. To put that in historical perspective, in the second quarter of 2009, GDP contracted by 3.9% during the global financial crisis. In April 2020, the U.S. Bureau of Labor Statistics recorded a record unemployment rate of 14.7%, as more than 20 million Americans abruptly lost their jobs. It could take years to return to the 3.5% unemployment rate the U.S. recorded in February 2020, because no one really knows what the post-pandemic economy will look like. Corporate default rates are increasing and more than half of the small business owners surveyed by the U.S. Chamber of Commerce worry about having to permanently close their businesses.

Clearly, the pandemic has created extraordinary circumstances and new challenges for policymakers in the United States and around the globe. It has affected aggregate supply and aggregate demand simultaneously. This two-sided market shock has consequently intensified the need for greater and more coordinated interactions between monetary policy and fiscal policy to try to minimize the economic harm.

In regard to the monetary policy, the Federal Reserve lowered its policy rate to near zero and increased its holding of U.S. securities to help keep consumer credit available and borrowing costs low. Additionally, in order to continue to support the nation’s recovery, the zero-interest rate policy was announced to last through 2023. In regard to fiscal policy, the U.S. Congress voted for the CARES Act that provided help to families and businesses. But at the time of this writing, Republicans and Democrats have not been able to agree on a renewed fiscal package in a country where inequality is rising and racial and ethnic minorities are left behind.

The downside risk to the U.S. forecast is intensifying political divisions. However, thanks to the country’s structural potential (technology, labor, etc.), the flexibility of the economy, and the world’s appetite for the dollar, we estimate growth to be above 3% in 2021.

The Euro Area can be divided into two zones: the north and the south. In the north, Germany and the Netherlands have leveraged their large budget surpluses and robust industrial structure to strengthen their resiliency to the pandemic. However, in the south, Spain, Portugal, Italy and France have used the most stringent lockdowns and encountered the most deaths. Their fiscal space was initially more constrained and, therefore, the safety net they could offer their businesses and their residents was more limited. Furthermore, these southern economies rely heavily on tourism. In particular, France relies heavily on tourism, aeronautics and luxury products—some of the hardest hit sectors during this pandemic—and the economic burden has been significant.

This north/south dichotomy was viewed initially as the last straw to the fragile unity of the Euro Area, but unprecedented coordinated efforts from the European Commission on the fiscal side and the European Central Bank on the monetary side have so far supported the Euro Area by limiting the economic devastation. Although we estimate that by the end of 2020, the Eurozone annual GDP will drop by 8%, the safety nets that were deployed by the European institutions will remain essential to stabilize the European financial market. Likewise, the safety nets will support the nations’ expenditures related to the pandemic, provide credit guarantees to firms, and support the most vulnerable households in Europe.

We are hopeful that with a sustained coordinated fiscal and monetary stimulus, the Eurozone economy will rebound and that economic activity will increase by 5% in 2021.

On Jan. 1, 2021, the U.K. will leave the European Union to implement an independent trade policy. The disruption costs, in particular all the bureaucratic expenses, are likely to be important as the U.K. and the EU have yet to agree on a future relationship. Time is fast running out as this bitter negotiation process, and the uncertainty caused by a no-deal Brexit, are compounded by the pandemic and its economic fallout. In this environment, it is unlikely that the British economy will see a rebound sufficient enough to return to the economic activity level before the pandemic. In fact, we expect that, confronted with such economic uncertainties, many global businesses will choose to close their branches in England rather than in the Euro Area. Furthermore, the loss of confidence by British households will dampen consumption in the short run and households will fail to play their usual key role in recovery.

At the start of 2020, the world’s second-biggest economy experienced its first output decline in more than four decades, and is now expected to expand at its slowest annual pace since Mao Zedong’s Cultural Revolution in 1976. That said, China will be the only major economy with positive growth in the year 2020. We forecast China’s GDP to expand by 2% in 2020, thanks to a robust recovery that has not been hampered by a strong resurgence of coronavirus. It is projected that GDP growth will further increase in 2021 to above 8%.

The return to growth has been powered by the country’s state-backed industrial sector. Thanks to a pandemic that originated within its borders and left economies outside of China floundering, China’s manufacturing power shifted to address the global demand for medical products and other work-from-home equipment. However, amid global backlash over the coronavirus, as well as calls for inquiries from Australia, continued rising tensions with the United States on trade and technology, and a growing U.S.-led coalition against Huawei, global demand for Chinese products is decreasing. Furthermore, South Asian countries—such as Vietnam—with lower wage environments and fewer trade risks, are emerging as more attractive trading partners in the global supply chain.

Nevertheless, it is important to note that China’s relatively strong recovery has supported many Asian emerging economies. Specifically, China’s stimulus-led infrastructure expansion allowed many export-led countries, in particular commodity exporters, to recover, while their service activities continued to be hampered by the resurgence of the virus.

The world’s second most populous country after China is experiencing one of the worst economic and social fallouts from the pandemic. India’s GDP is expected to decrease by approximately 10% in 2020.

Ranking #2 in COVID-19 cases (after the United States), India’s health care system is overwelmed. Two consecutive lockdowns of approximately 1.3 billion people totally shut down the economy and resulted in a massive loss of revenue for tens of millions of individuals. Specifically, the lockdown burden was particularly hard felt by the migrant workers in India’s massive agricultural sector. The United Nations has projected that 400 million people in India risk falling deeper into poverty.

The region includes large economies, such as Brazil, Mexico and Argentina, that represent 8% of the world population and account for 30% of global COVID-19 cases and one-third of deaths. Many countries in the region depend on tourism, commodity exports and/or capital inflows, including remittances. With commodity prices at their lowest historical level, tourism at a standstill, and remittances dropping as unemployment has risen around the world, those economies are greatly hit, impacting the region as a whole. Furthermore, these emerging markets cannot increase their indebtment without raising fears of future default. The macroeconomic tools to lessen the cataclysm of COVID-19 are limited and, therefore, a return to pre-pandemic growth rates will likely take years. Adding to concern, social and political problems in the region are about to erase 10 years of sustained increases in middle-class living standards.

This region is divided into the oil-exporting and oil-importing economies. All have been affected by the pandemic. However, the combination of the pandemic and the plunge in oil prices has led to even more dramatic losses in the GDP of the oil-exporting economies. The competitive pressure from alternative energies is creating an overcapacity on the supply side and an uncertain global economic recovery will continue to be a drag on the demand side. Together those market forces will keep oil prices at low levels even though the OPEC members have agreed to restrict their supply. Now, more than ever, the diversification of the region’s economies will prove to be essential for future growth. Unfortunately, the outlook is further dampened by the fact that the little diversification that exists in the region is in the tourism and transportation sectors. Those two industries are not expected to rebound until 2022 at the earliest.

Very limited resources available to sovereign monetary and fiscal authorities, dependence on commodity exports, lack of diversification outside the tourism industry, and reliance on remittances will plague many of the continent’s economies. The outlook of the region will not only depend greatly on the persistence of the pandemic shock, but also the availability of external financial support. In this time of tight resources and economic uncertainty, it will take both private inflow of capital and assistance from global public institutions (such as the International Monetary Fund and World Bank) to buffer the resilience of these economies.

In the first part of 2020, every country in the world experienced a quasi-simultaneous collapse of its economic activity. Mind you, a collapse that was historically unmatched in a time of peace. The swift, comprehensive and well-targeted monetary and fiscal support is improving the prospects that an economic recovery will be achieved in 2021, pending the absence of prolonged lockdowns. Some countries have more budgetary room to maneuver and are enjoying lower costs of borrowing as their monetary institutions have further supported their financial markets. Others, with higher debt service costs, have to rely on global solidarity. This health-related economic crisis is highlighting the fact that our global market approach to trade, that has many points of interconnectivity, is only as strong as the weakest health system.

Economic survival will be the focus in the short-term in 2021; however, more long-term resiliency will need to be engineered into our global market going forward.