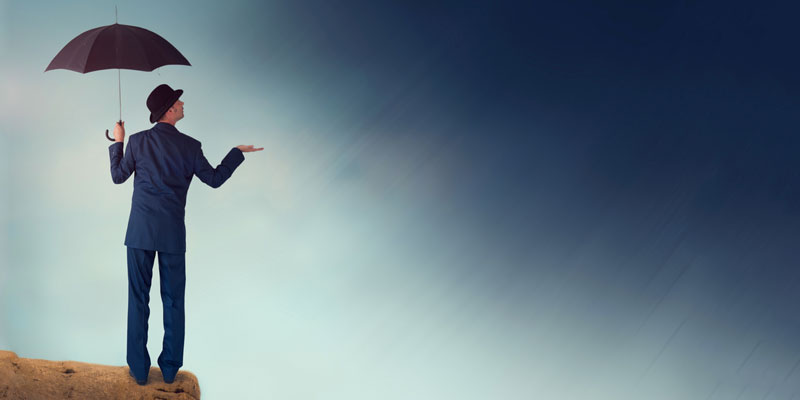 A year ago, we expected that 2020 would represent another good year for the economy with output growth of about 2%, accompanied by solid employment growth and continuing record-low unemployment. That seemed to be working out early in the year, but then the world was pushed down the rabbit hole by COVID-19. Since then it has become trite to say that we are in uncharted territory. But it is also true—and especially when it comes to the economy.

In the first quarter, state and local governments mandated a shutdown of much of the economy. This resulted in a significant drop in first quarter output, followed in the second quarter by a huge 31.4% decrease (see Figure 1). This is the largest one-quarter drop on record by nearly a factor of four.

In the labor market, 2020 started in a really good place. The first two months of the year saw 465,000 new jobs (see Figure 2). Unemployment came in at just 3.5% in February, a five-decade low (see Figure 3). Declines in unemployment were particularly notable among minority workers and those with lower levels of education. But in March, as the shutdown began, employment fell by over 1.3 million (the largest monthly decrease on record) and unemployment rose by 0.9 points. And then in April things really got cruel. Job loss was over 20.7 million—25 times the highest pre-COVID-19 rate—and unemployment rose to 14.7%. The impact was heaviest for those on the lower rungs of the economic ladder.

Beginning in May, as the artificial constraints began to be lifted (and the government enacted totally unprecedented stimulus), the economy has come back in dramatic fashion. Through October, it has regained 12.1 million jobs and the unemployment rate decreased by 7.8 percentage points. Third quarter growth in output was the largest ever one-quarter increase.

So where do we go from here?  The honest answer is that no one knows. The past six months are in no way a normal recession/recovery. They are a shutdown/restart. Patterns from our history of normal business cycles are essentially irrelevant. This means that ordinary forecasting procedures, which apply past patterns to current data, are useless. What we are left with is pure guesswork. So here are some guesses:

A little elaboration on this final point:  In March and April, the size of the U.S. labor force (those employed or looking for work) declined by over 8 million potential workers. Since April, that decline had reversed by about 4 million, but we are very unlikely to regain all of the loss. In addition, as mentioned above, we expect the unemployment rate will remain above its pre-pandemic level. Together, these two factors imply a level of employment that is reduced by something over 2% from the previous trend. Fewer workers imply lower output.

To summarize, this year has been totally outside past experience. At this point, it is impossible to predict the 2021 economic outlook in any specific detail. Even general statements of likely general trends (as above) are mostly guesswork. There is massive uncertainty in the current situation, starting with the changed political landscape. A year from now, we think that we will be able to report that 2021 was a better year than 2020. But that is a very low bar.