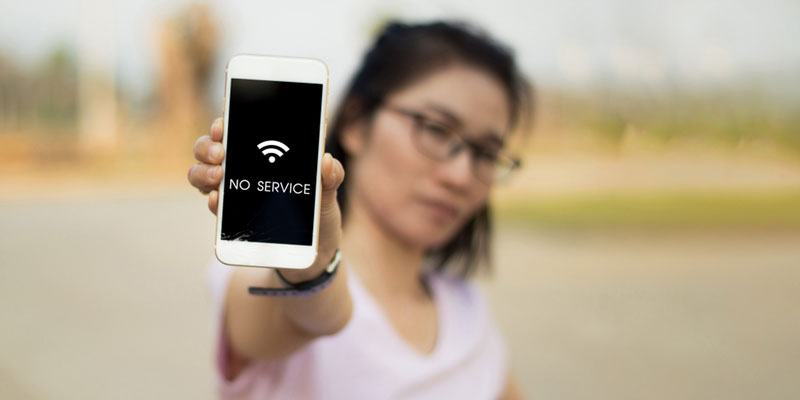 Internet connectivity in rural Indiana: A quality of service problem

Can we get broadband? Most of us doing community and economic development work throughout the state typically hear this question. This is not surprising. As digital applications are more and more part of our daily lives, communities that do not have access to affordable and adequate internet connectivity are frustrated.

This frustration is understandable. Those on the wrong side of the digital divide struggle to shop and save money online, connect with friends and family, complete homework assignments at home, learn new skills, or apply for jobs. And today, as the state battles COVID-19 in part by implementing e-learning and remote work, rural communities on the wrong side of the divide are at a significant disadvantage. In other words, access to inadequate broadband ultimately results in a lower quality of life for any community.

From an economic development perspective, investing in broadband makes sense. A study from Purdue University found that, on average, for every dollar spent in rural broadband infrastructure, about $4 comes back to the local economy. Fiber-ready industrial parks also go a long way when it comes to attracting industry, along with affordable and reliable connectivity for businesses.

In regards to workforce development, adequate and reliable connectivity is critical to reskill workers by improving their digital skills. According to the Brookings Institution, two-thirds of new jobs created between 2010 and 2016 required medium- to high-level digital skills.1

In other words, the digital divide—a term used to describe those with internet access versus those without—is the number one threat to 21st-century community and economic development.

For this reason, the state of Indiana is taking steps to address this issue. Governor Holcomb announced $100 million in Next Level Broadband grant funds, the Office of Community and Rural Affairs (OCRA) launched a broadband planning program, and Scott Rudd became the first state broadband director.

OCRA asked us, the Purdue Center for Regional Development (PCRD), to provide technical assistance to the communities engaged in their broadband planning program. A vital component of this planning effort had to do with gathering more accurate broadband data—including footprint, cost and satisfaction levels—since existing broadband data sets have serious limitations.

In collaboration with OCRA and Purdue Extension, a household broadband survey was conducted over six months and across six different rural communities (Crawford, Greene, Marshall, Rush and Starke counties, as well as the town of Dale in Spencer County), resulting in a convenient sample of 2,841 responses. The hard work of community leaders and partners, who effectively mobilized their networks to distribute and encourage the completion of the survey, is to be applauded.

Results showed that access to the internet at home was nearly universal, with 93.1% of respondents saying they had access. Close to 7% reported not having access at home mostly because it was not available, too expensive or too slow. Less than 1% said they did not have access because they did not see the need for it. In other words, these rural homes are well aware of the value of the internet.

However, the quality of service of those with access was not the best. Close to 1,000 speed tests resulted in a median download speed of 6.45 megabits per second (Mbps) and 1.33 Mbps upload (see Figure 1). To put it into perspective, the Federal Communications Commission defines broadband as 25 Mbps download (four times faster than the median speed reported!) and 3 Mbps upload.

So, while internet access may be nearly universal among the six communities surveyed (93% had access at home), home satisfaction levels are low, and the quality of service—measured by median speeds—is well below what the federal government considers broadband service.

Survey data indicate that the existing service is not meeting their needs. Consider that close to two-thirds of respondents had four or more devices at home and could work from home if connectivity were better, one-fifth operated a business from home, and 45% had children present. Home businesses, working from home and children typically require and expect faster, more reliable internet service and are one of the strongest predictors of broadband adoption.

Existing state programs and resources addressing the broadband infrastructure issue need to look beyond simply having access to what type of access will fulfill the needs of rural Indiana residents. A mix of broadband technologies is necessary for service to become affordable and adequate.

In addition, broader digital inclusion efforts—such as improving access to devices and digital skills among residents, workers and businesses—need to be coupled with these infrastructure investments. For example, take a look at Rush County’s five-year digital inclusion plan. Otherwise, these infrastructure investments will not be fully leveraged for community economic development helping Indiana communities transition to and prosper in this digital age.