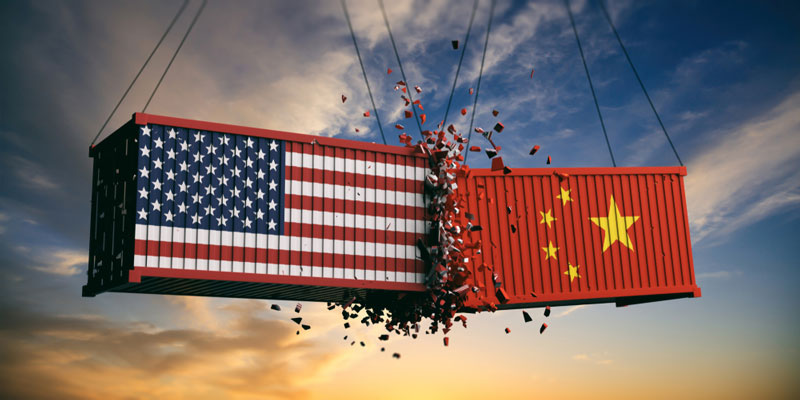 Financial markets 2020: When will P/E ratios be great again?

On November 4, the stock market hit a record level. The returns were 12.4 percent from November 4, 2018, to November 4, 2019. This is an above average return (the average is about 7 percent). Our forecast last year was that the market would increase “below average,” so we were wrong.

But from November 4, 2018, to October 9, 2019 (233 days), the returns were 6.6 percent, so we were really on track most of the year. But then the market proved us wrong by adding $1.5 trillion to the wealth of Americans in 18 days. Given the whipsaw of economic news reports, if we just wait for the right moment to measure annual returns, we can make financial market forecasts great again.

We think what happened over those 18 days is indicative of what will happen in 2020. Let’s review:

Still, economic growth is anemic and the U.S. trade deficit is 13 percent higher than when Trump took office. The great economic question of the Trump administration is how much faster the economy would be growing without the damage of his trade protectionism. The recent report of lackluster 1.9 percent growth in the third quarter shows again that you can’t escape Adam Smith’s revenge for indulging in bad economic policy stemming from political goals.

The economy continued to grow as consumer spending provided nearly all of the growth in GDP. For the second quarter in a row, the mighty consumer had to offset falling business investment to produce positive growth.

The last two quarters of business investment have been negative after nearly two years of healthy gains that had revived with the Trump presidency and the recharging of business animal spirits. Early on in the administration, the Trump policy mix of tax reform and deregulation clearly made a difference to investment and growth. Investment accelerated in 2017 after falling in the Obama administration. Estimates are that U.S. companies repatriated nearly $1 trillion from overseas since tax reform passed.

GDP growth accelerated to 3 percent for a time in 2017-2018 along with investment, but then came Trump’s entirely discretionary trade intervention. More than the damage from tariffs, the uncertainty of what Mr. Trump might do next caused business confidence to fall. This has led to increases in hurdle rates for capital projects across the board, thus slowing capital investment, ultimately yielding slower output that is reflected in roughly 2 percent GDP growth in the last two quarters.

The economy is now down again to the slow Obama growth plane.

President Trump and some in the White House blame the Federal Reserve and Europe for this slump, but neither explanation holds up.

The strong evidence is that trade policy is the main growth culprit. Basically driving downhill with the brakes applied, U.S. manufacturing has slumped, which is related to slowing exports. Slower growth in China from the trade war has reduced the exports of U.S. farm, industrial and construction equipment. The third-quarter decline in spending for information processing equipment, much of which is exported, was the largest in seven years.

A study by Federal Reserve economists this year looked at two waves of trade policy “shock,” first in 2018 and then in the first half of 2019, and estimated that the impact reduced GDP growth by about 1 percentage point. In the National Association for Business Economics October survey, 53 percent cited trade policy as the key downside economic risk through 2020.

In October, the Fed continued trying to counter that risk by cutting the federal funds rate for the third time this year—for a total of 75 basis points—to between 1.5 percent and 1.75 percent. With inflation at about 1.7 percent, this means that the real interest rate for banks is negative, even with the economy growing 2 percent and the jobless rate at a historic low of 3.5 percent. This is not tight policy. The White House is just wrong about the Fed, which is doing what it can to countervail the ill effects of the risky trade policies led by Trump.

Fed Chairman Jay Powell said at his news conference that the rate cuts are already showing up in a stronger housing market. And housing in the third quarter contributed to GDP growth for the first time in seven quarters. But housing is a form of consumption and doesn’t drive the productivity gains and higher wages that other business investment does. The Fed will have to watch not to repeat the excesses in housing and other non-production assets of the 2000s that eventually came to grief.

The larger point is that monetary policy can’t make up for bad macroeconomic decisions. Zero rates couldn’t lift the economy above 2 percent in the Obama years when regulation and high tax rates undermined business confidence and investment. Negative rates are no panacea for trade shocks either.

With this as a background, we turn to fundamentals, which we hope may be great again soon. Stock prices are determined by the future streams of cash flows—driven by earnings—and the valuation of these cash flows, which is the present value using a set of discount rates that reflect risk. Typically, this is summarized by earning forecasts and a valuation ratio—the P/E ratio. We call these “fundamentals.”

The positive fundamental factors for stock returns in 2020 are:

The negative fundamental factors for stock returns in 2020 are:

Looking forward to 2020, the positives may just outweigh the negatives for the market. The economy is anemic, and we think GDP growth will be about 2 percent in 2020 with inflation around 1.7 percent. Earnings are weak and likely to stay weak until business confidence is restored. Valuation is on the high side and is unlikely to move significantly higher. While the forecast is for small positive returns in the equities market, we also expect VIX to climb higher given considerable downside risk to this forecast.

But the White House has a strong political incentive to resolve—or appear to resolve—the trade problems they created. In this environment, we expect the return to equities to be positive, but again below the 7 percent average return over the past 50 years—and there is a significant chance of a negative return. If the administration policies stabilize, P/E ratios may become great again and the market could rise. Given the risks seen in Wall Street reports available for investors to consider, we think that value stocks would outperform growth stocks. We think that Treasury bonds will show small increases beyond their current level, and we think there are material long-term inflation risks that could make long-term bonds unattractive. Investors should stick to short-term bonds to reduce their exposure to higher interest rates.