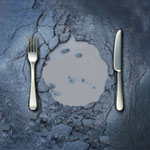 Despite recent economic growth, 39.7 million Americans (or 12.3 percent) lived in poverty in 2017, 12.8 million of whom were children under 18 years of age (Fontenot, Semega, & Kollar, 2018). However, this deprivation of resources is not spread evenly throughout the country’s population. Personal characteristics—such as education level, family structure, race and ethnicity—may be related to how likely individuals are to be poor. Moreover, the built environment, social structures and economic prosperity of their community may further affect the probability of being poor. Impoverished individuals are often clustered within specific communities, resulting in an uneven distribution throughout the country.

This combination of factors—some stemming from individual choices and others from general economic trends and community composition—results in a complex problem that is difficult to fully address through a single approach. Researchers, policy analysts and community development practitioners usually choose to study poverty and its underlying mechanisms by focusing either on poor individuals or poor places. In this article, we explore poor places nationwide over time and at different geographic levels, giving special attention to conditions in the state of Indiana.

The poverty rate is the percentage of the population with money income below the poverty line. Because poor individuals are not evenly spread throughout the country, poverty rates change based on which spatial scale is used (Peters, 2012).

Focusing on only one scale may obscure trends in poverty that would be apparent at a larger or smaller scale (Lichter, Parisi, Taquino, & Beaulieu, 2008). To account for differences due to spatial scale, we discuss regional, state, county and census tract trends for Indiana. This helps position Indiana within the bigger national and regional picture, while also addressing the variations that exist within the state.

Our analysis utilizes a spatially harmonized data set of poverty rates and a handful of other socio-economic variables from 1970 to 2016. We derive our measures of interest, persistent poverty and high individual and child poverty rates, based on the harmonized data. The data set keeps the borders of places, especially census tracts, constant over time, which allows us to track changes in poverty with some degree of accuracy. The harmonized data were created by the Purdue Center for Regional Development (PCRD) using data from five decennial censuses (1970 to 2010) and the 2012-2016 American Community Survey (Kumar & Kim, 2017).

Places with 20 percent or more of their population living in poverty are designated as high-poverty places. Figure 1 shows the 2016 poverty rates in U.S. counties. Poverty rates are higher in the South, particularly in the Black Belt and along the Rio Grande, in counties with large Native American populations in the West and North Central regions, as well as in the Appalachians. Comparatively, Indiana had few high-poverty counties in 2016.

However, when census tracts—a micro scale unit—are used for analysis, Ohio had the greatest number (and percentage) of high-poverty places, followed by Illinois and Michigan. Indiana had the fifth-highest number and fourth-highest percentage of high-poverty tracts in the North Central region between 1970 and 2016. The number of high-poverty tracts in the state swelled from 23 tracts in 1970 to 460 in 2016. North Dakota, which was ranked third (both as a number and as a percentage) when studying counties, is ranked last when studying census tracts. This clearly illustrates the importance of spatial scale when analyzing poverty using places.

Our analysis, thus far, demonstrates that the number of high-poverty places varies across the North Central region. Indiana also shows this spatial variation. Figure 3 maps both county-level (left) and census tract-level (right) individual poverty rates in Indiana for 2016. Inset maps of Marion County (Indianapolis), Lake County (Gary) and Allen County (Fort Wayne) provide a higher-resolution picture of census tracts within these highly populated counties. Two of Indiana’s three high-poverty counties, Delaware and Monroe, are considered urban, while the third, Grant County, contains a mix of urban and rural land. Individual poverty rates can be affected by college students who are residing outside of dormitories; hence, counties with major universities may exhibit higher individual poverty rates. This may be the case in Indiana’s three high-poverty counties, as they each host universities (Ball State, Indiana University, Indiana Wesleyan and Taylor).

Note: The maps display county-level (left) and census tract-level (right) poverty rates in Indiana in 2016. In high-poverty locations at least 20 percent of the population is living in poverty. Extremely high-poverty locations have a poverty rate of 40 percent or higher. Inset maps are drawn at different scales.
Source: U.S. Census Bureau (ACS 2012-2016 and SAIPE 2016), PCRD Dimensions of Poverty Project

Indiana does not appear to have any specific county-level poverty pattern; however, the highest rates of tract-level poverty in the state occur within cities. The poverty rate in the 10 highest-poverty census tracts exceeds 66 percent of the population, while the poverty rate can be less than 1 percent in the lowest-poverty census tracts. The distribution of poverty across metropolitan and nonmetropolitan Indiana is similar to that of the rest of the North Central region—there is a larger proportion of high-poverty tracts in metropolitan areas, especially in the inner cities, but there are many high-poverty tracts in nonmetropolitan locations as well.

When a county has a high poverty rate over at least three time periods, it is considered persistently poor.1 The number of American counties with persistent high poverty has decreased since the 1970s, likely due to robust economic expansion during the 1990s. However, the proportion of persistently highly poor counties in the North Central region has remained approximately the same at about 8 percent. The majority of these persistently poor counties within the region are in Missouri and South Dakota; Indiana has none.

Places where at least 20 percent of children (under 18 years of age) are poor are designated as having high child poverty. A child is considered poor if his or her family’s income is below the poverty line. Being poor as a child can have long-term impacts on an individual, affecting future outcomes such as family stability, educational attainment and workforce success (USDA ERS, 2019). It, therefore, serves as an early signal of national well-being. In 2016, more than 58 percent of American counties had high child poverty rates, nearly twice as many as in 1980. Counties with high child poverty in the North Central region increased from 192 to 349 over this time period.

These groupings are apparent in Figure 5, which maps county-level (left) and census tract-level (right) child poverty rates in Indiana in 2016, along with inset maps of Allen, Lake and Marion counties. In each of the top 10 counties on this measure, between 25 and 30 percent of children are living in poverty.

Clearly, the poverty patterns and trends we observe in Indiana and the North Central region are influenced by the geography, time period and population groups analyzed. Figure 6 compares the percentage of counties and census tracts (our two geographic dimensions) with high poverty across our two population dimensions (individuals and children) over various time periods.

Figure 6: Percent of high-poverty counties and census tracts in Indiana

Several facts emerge from our analysis of the dimensions of poverty in Indiana.

While place-based poverty analysis cannot make any connections between personal characteristics and poverty, it can track population patterns that are associated with high poverty levels. Places with high child poverty in the North Central region are more likely to have a higher percentage of black residents and fewer college graduates. Further, more single-mother households are found in counties with high child poverty, as well as in high individual poverty census tracts.

This article has only touched upon the ways in which spatial and temporal dimensions may affect our understanding of poverty. The unique spatial patterns of poverty indicate the importance of place-based approaches for poverty alleviation and economic development. Despite our emphasis on the importance of place when studying poverty, we neither champion research and policies focused on people nor on places. Instead, the persistence of poverty through the decades calls for an innovative, but pragmatic, approach to policies and practices that can reduce the prevalence and persistence of poverty in the state and beyond.